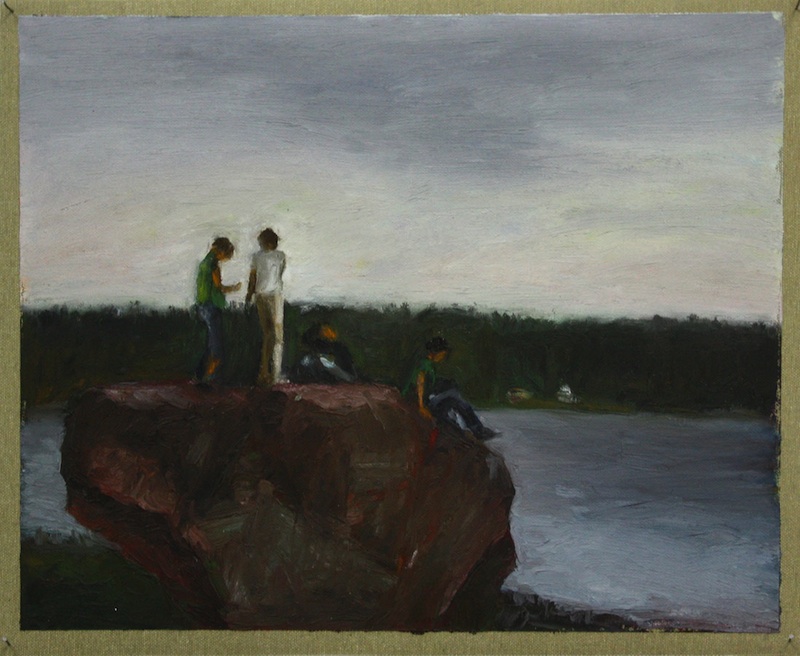 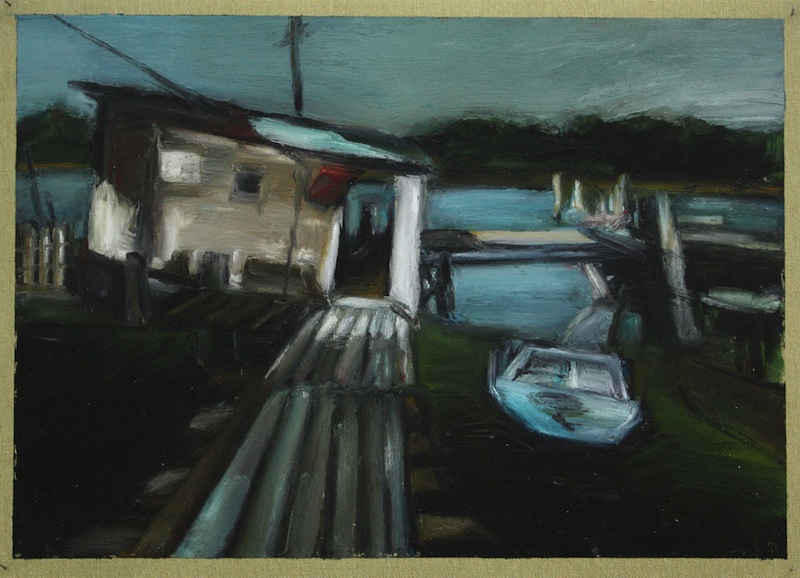 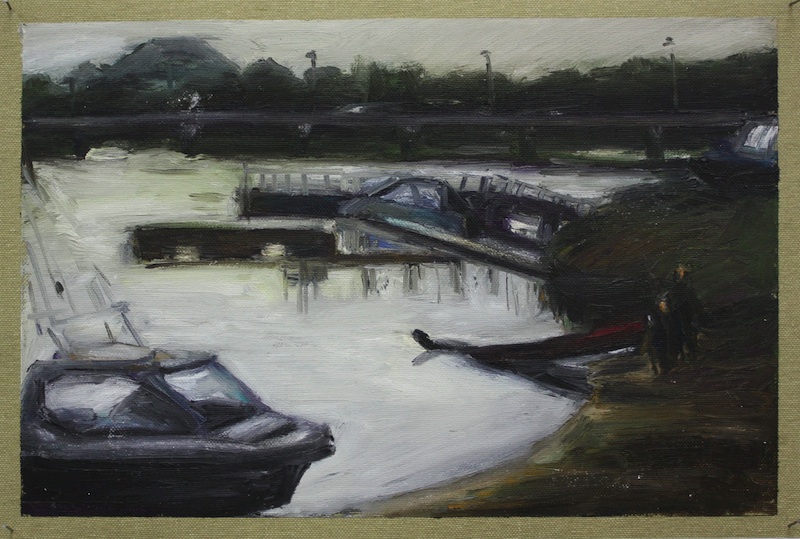 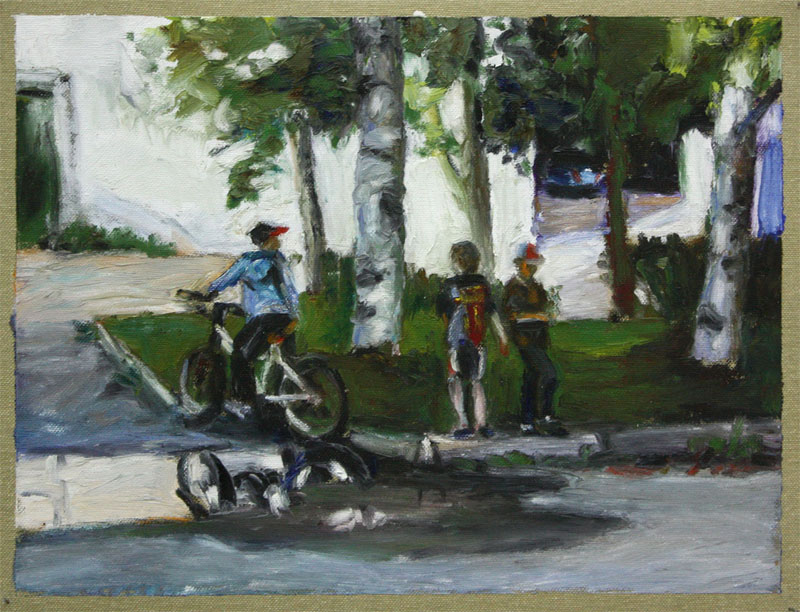 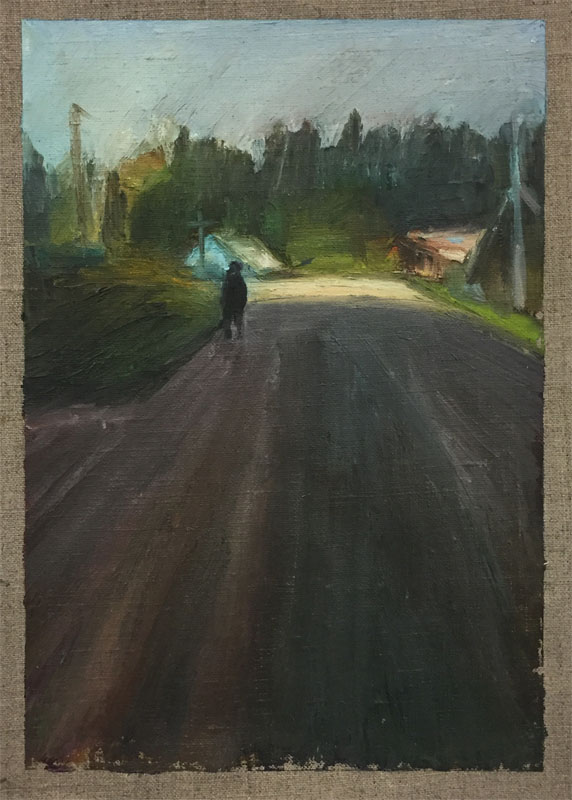 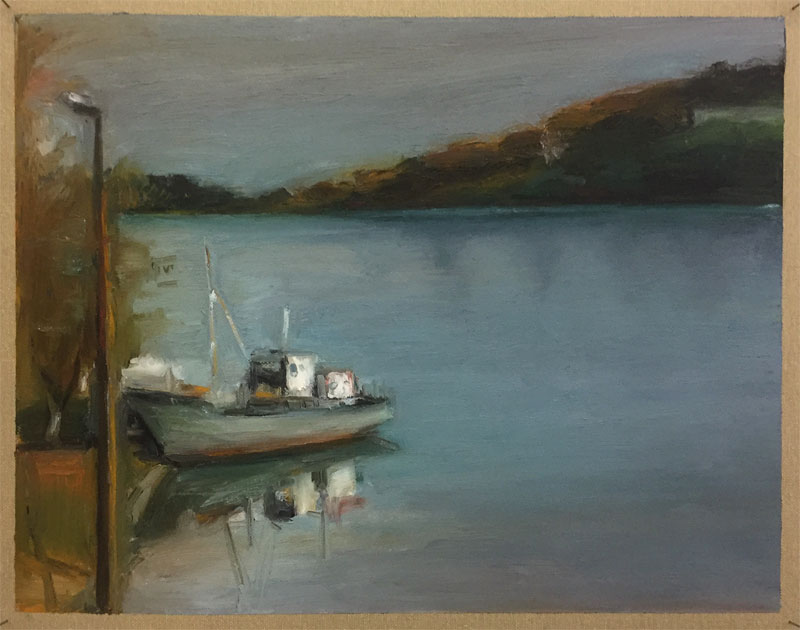 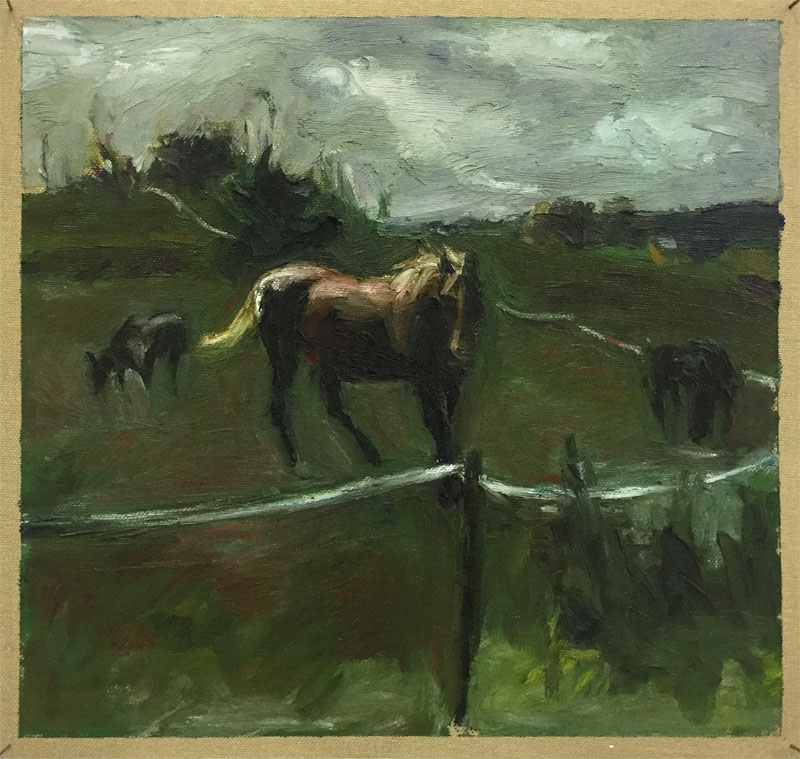 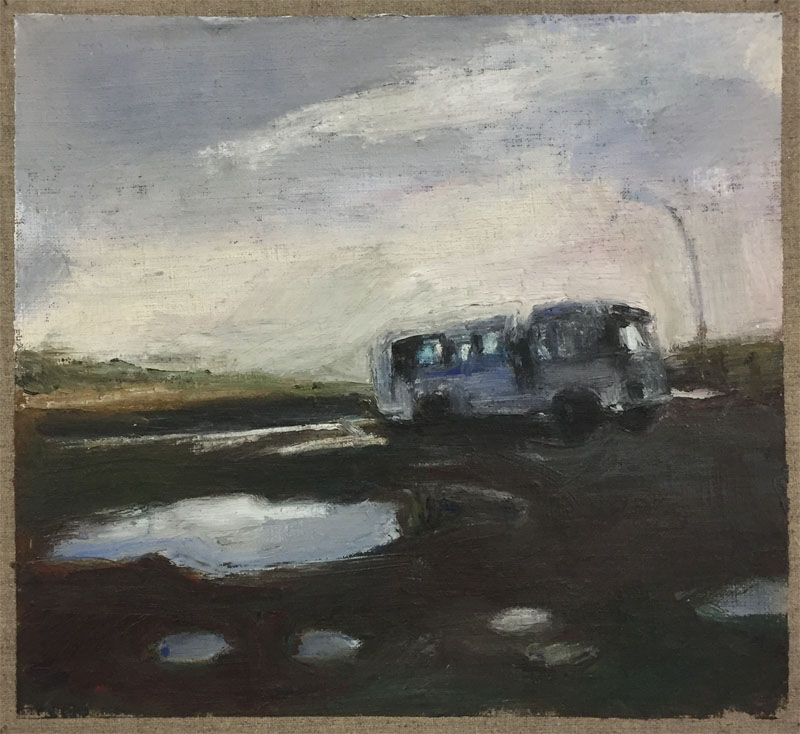 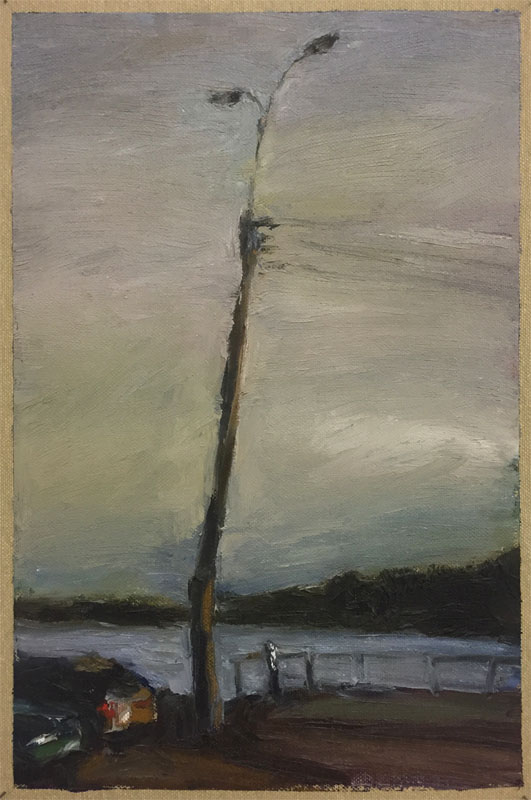 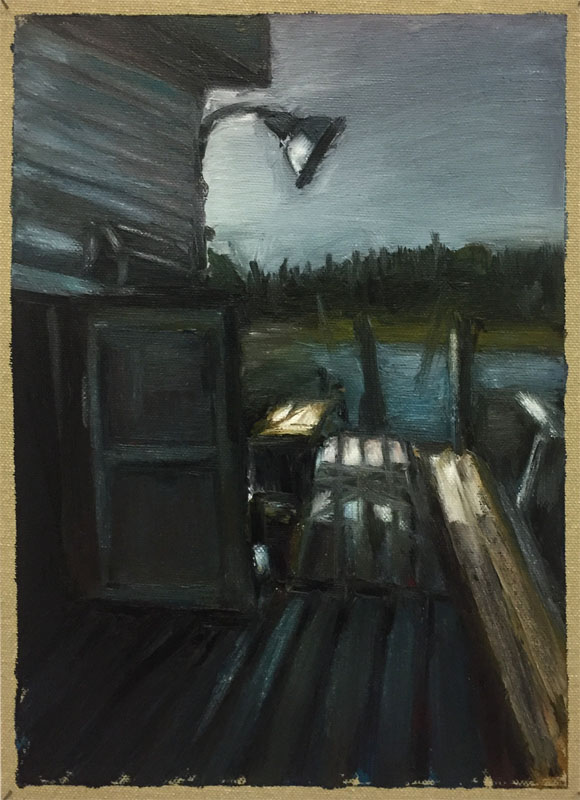 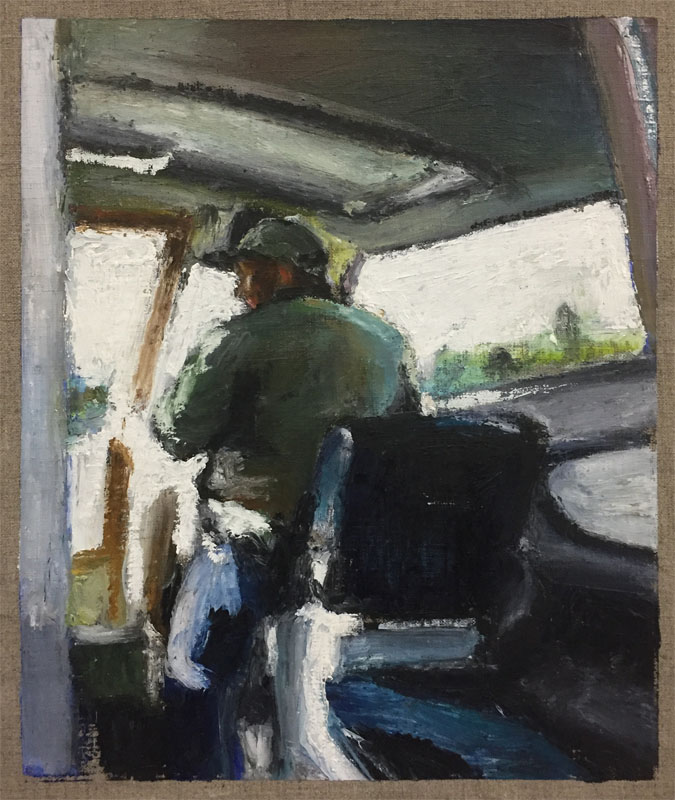 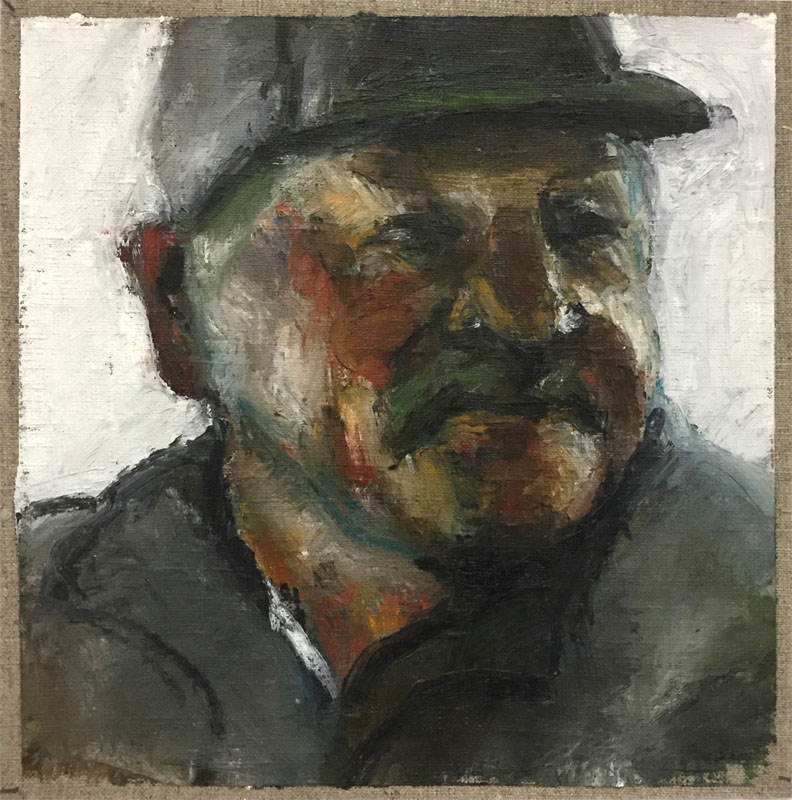 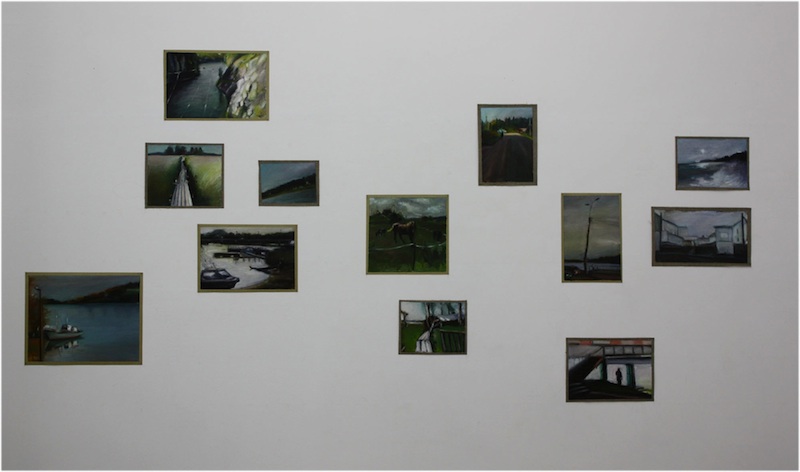 This series of paintings on unstretched canvas is part of the research project "Two Islands" - a visual comparison between a northern and a southern island in Russia and in Greece. In August 2016 we visited the island in Russia. Located in Ladoga - the biggest freshwater lake in Europe, the island Riekkalansaari is one of the spectacular northern islands in Karelia. The translation of the island's name from Karelian language means the "Greek island", which of course has played an intrinsic role in our choice. Our impression of the island is full of contradictions. We are fascinated by the natural beauty of the place. No less visually interesting is the island's "deserted" character which in some way reflects it's history. We made an attempt to capture this feeling in a series of oil studies, photographs, recorded stories, as well as a large-scale site-specific installation, developed for Beton 7 in Athens.