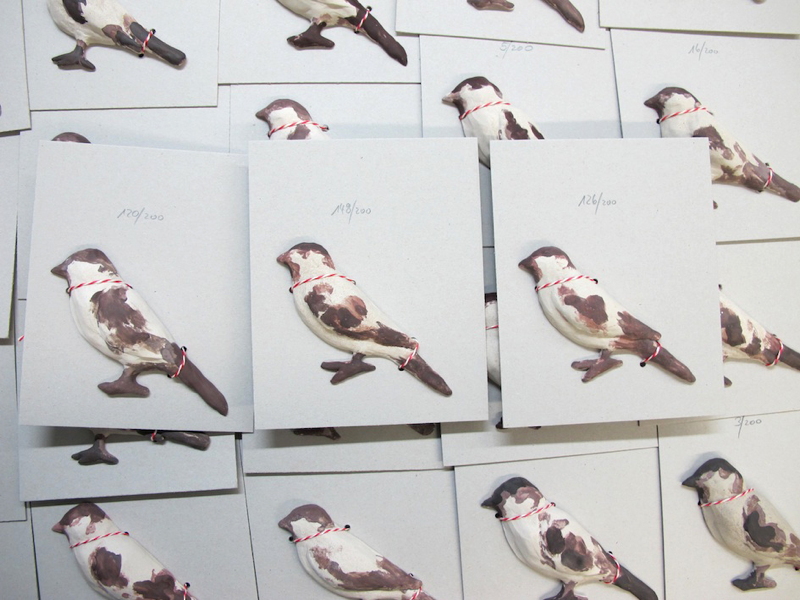 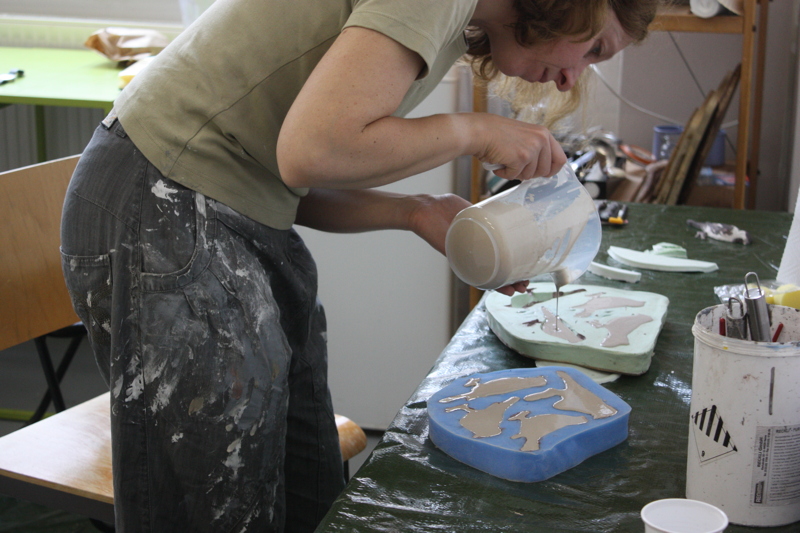 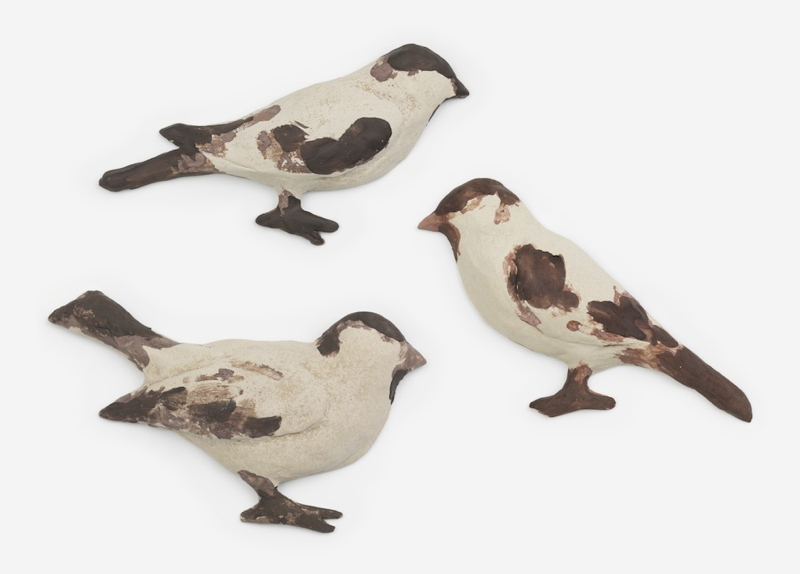 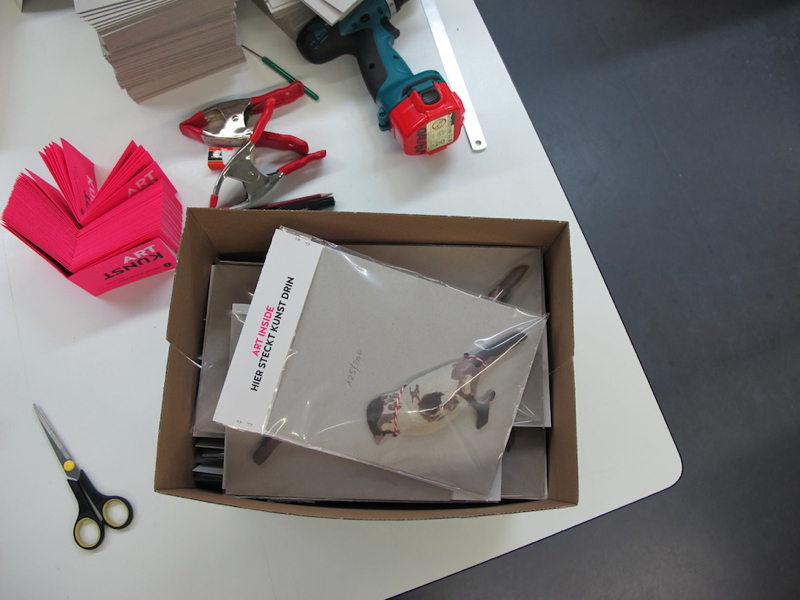 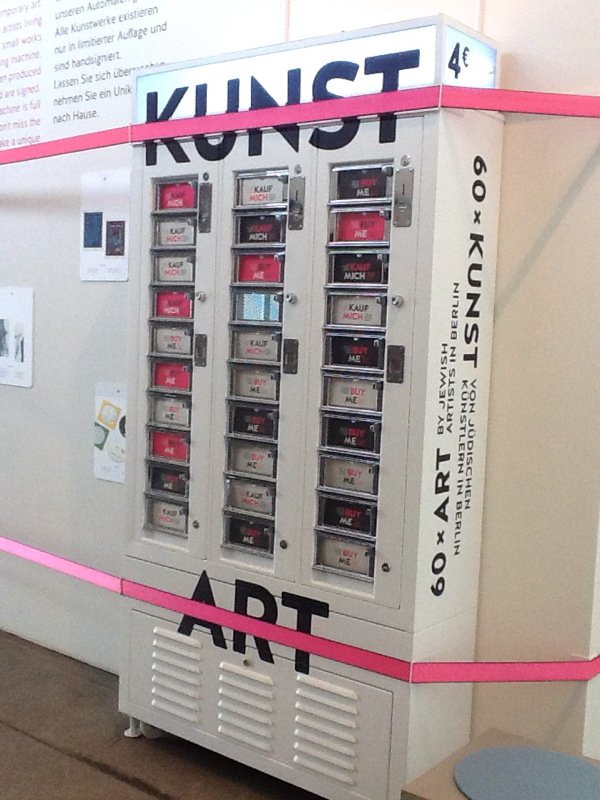 Sparrows, like crows and pigeons are most common city birds. They live pretty much everywhere and disappear from destroyed or abandoned places. In many languages small children are affectionately called "sparrows". Our bird objects are deliberately abstracted. Their weathered colors allude to the common palette of cities, reflected in the tones of concrete, paving stones and wall plaster. All the birds were fashioned individually. They were painted directly in the silicone molds using an acrystal pigment mixture. We consciously chose reliefs as an art form at the intersection of sculpture and painting. Through the positioning of the objects on the wall, various formal and narrative aspects can be explored. The series of 200 sparrow reliefs produced for the Jewish Museum Berlin is an extension of the public art project "Birds".